WELCOME TO THE HOME OF BRYAN HIGH'S VIKING THEATRE

THE MISSION OF VIKING THEATRE 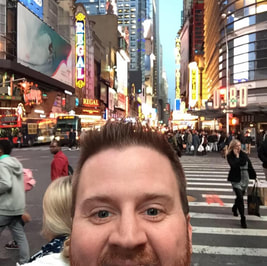 JACOB JUSTICE - Lead Director (and Self-Proclaimed Perfexcellentist).
​Jacob graduated from Northwestern State University with a B.A. in Theatre and minor in Dance. He has worked as a teacher and director in East Texas before relocating to Bryan. He loves getting to use his gifts and talents in the arts to work with students and seeing them become part of the creative process. He sees each student as an artist and a storyteller and pushes them to their own excellence.  His two favorite shows to direct have been “The Story of Ethel and Julius Rosenberg” and “The Last Lifeboat,” both at BHS.  When he’s not directing, he loves getting to spend quality time with his family.  He and his wife Ashley, and their two daughters and son, love being members of the community of Bryan. 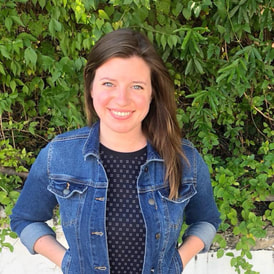 BAILEY ROBERT - Assistant Director (and Color-Coded Calendar Keeper).
Born and raised in the Lone Star State, Bailey received her Bachelor of Fine Arts in Theatre Performance from Baylor University and went on to pursue a Masters in Theatre at Oklahoma State University. In between, she worked for a children's theatre company in Seattle, Washington as a teaching artist, running summer musical theatre camps and after school theatre programs at elementary schools. She was excited to return Texas to begin her adventure teaching in Aggieland, joining Bryan ISD in the fall of 2016.  Her favorite shows she has been a part of include These Shining Lives in the role of "Catherine" and Silent Sky, directed in the spring of 2018. When not at BHS, she can most often be found with a Chick-fil-a sweet tea in hand, traveling (preferably with a show included!), and reading her way through the nearest bookstore.